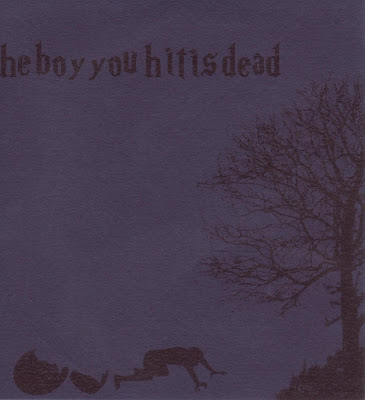 The Boy You Hit Is Dead - S/T EP
Galway, 2005, DIY, CD
Would you believe it, almost 200 things uploaded to this blog and this is the first band from galway represented. Thanks to Dan for passing me on a load of Galway stuff for the blog, I know one man doesn't make a scene but over the past fifteen years the scene in Galway I honestly don't think would've reached the levels its at now if it wasn't for the hard work of people like Dan, nice one. Anyway first up is the amazingly titled The Boy You Hit Is Dead who were described as noisecore and/or metallic hardcore. All I know is they had a serious fucking groove and I loved it.
download The Boy You Hit Is Dead - S/T Ep via mediafire
Posted by Ed 'On 45' at 17:40

Labels: The Boy You Hit Is Dead