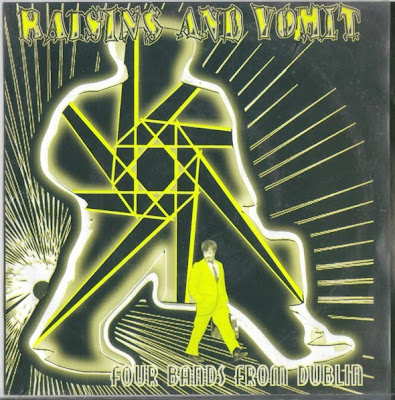 Raisins & Vomit - Four Bands From Dublin Volume 2.
Dublin, 1994, Ratfish Records, 7inch
Four songs in all here, I'm sure at least two would suit those who may frequent this page. The criminally amazing Pincher Martin being the real stand out track alongside Female Hercules stomper 'Firepower'. Must get more Female Hercules stuff up on the blog in time, as long as it don't piss no-one off! Out of the other two bands featured Cruiser and The Knocking Shop, the latter whose track, 'Before Again' being the stronger of the two.