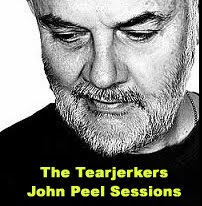 More classic pop punk gems and a Peel Session to boot! Excellent. From Grinning Soul Blog, "Belfast's Tearjerkers recorded two sessions for BBC Radio One's John Peel show back in 1979. The first session was actually recorded for a local radio station DowntownRadio and was recorded in their well equipped recording studio in Newtownards and the second session was recorded at the BBC's Maida Vale studios in London. The tracks contained on both sessions were stage favourites such as Murder Mystery, Dressing Up and Comic Book Heroes. This collection features good audio quality and has John Peel introducing each song."

download The Tearjerkers - Peel Sessions via mediafire
Posted by Ed 'On 45' at 16:15