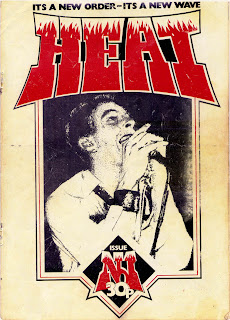 Produced by editors Pete "Nasty" Price and Jude Carr, HEAT was the most professional of all the early Irish punk fanzines until VOX emerged in 1980. The magazine ran for 12 issues ( 9 physical zines - for some reason issue 7,8,9 was all one issue ) and had an ever evolving style and content ranging from music to comics to cinema. The dominant feature of HEAT was it's ability to take the piss throughout it's hand written pages, something which eventually led to being sued by U2's management ( look hard enough and you'll find info on this urban legend!! ). It folded in May 1979 and Pete Price went on to produce the short lived but equally interesting BLACK & WHITE fanzine.- Boz Mugabe 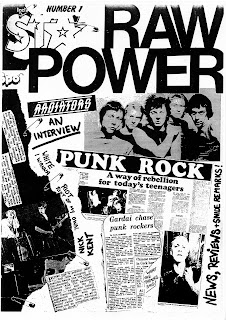 Ireland's first punk fanzine from March 1977 produced by Steve Rapid, vocalist with The Radiators From Space. The zine ran for 2 issues from March to June 1977. This issue contains an interesting editorial, compulsory Radiators interview ( of course !!!), a good piece on Nick Kent, a small piece on Dublin Band Revolver, some reviews and what were often fondly described as " rumours and snide remarks " in this and some subesquent Dublin Fanzines. Issue 2 of Raw Power supposedly contained the first ever Undertones interview and photo!!! - Boz Mugabe 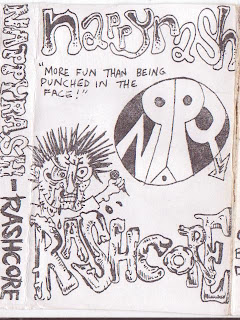 Hooray the other Nappyrash tape, excellent pure punk rock with all the youthful enthusiasm/disatisfaction that a bunch of teenagers from rural Ireland can muster, yet again more cathcy as fuck songs with an excellent use of samples.
download Rashcore Tape mediafire
Posted by Ed 'On 45' at 23:51 1 comments 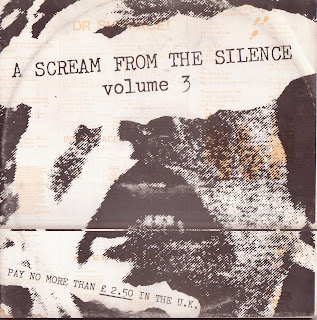 Funnily enough I had never heard any other Dr Shitface stuff except the Rejected 7" comp until I heard this, picked it up in Minneapolis and at the time the person I was with couldn't understand my joy of finding it. So two great tunes, especially the brilliantly titled 'You're Only A Bollox', fast melodic hardcorepunk from the Mero!
download Dr Shitface EP mediafire
Posted by Ed 'On 45' at 23:43 1 comments 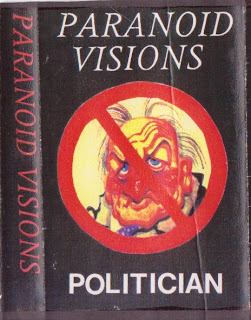 Cassette EP of surely one of the most catchy of all PV tunes, this tape also contains the excellent Fear of Blood, Sásta and even a Wayen County cover. Thanks to PA for this one.
download Politician EP mediafire
Posted by Ed 'On 45' at 23:26 2 comments

VARIOUS - THE DIRT BEHIND THE DAYDREAM VOL.1 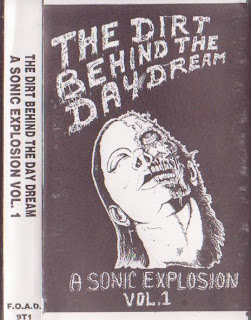 Now this is pure gold. Absolute cracker of a compilation from FOAD. The quality of the recordings on this are brilliant, all recorded live or in Sonic Studios. On the tape we have the Blue Babies who I truly wish had recorded more, their song 'Drunken Church' on the second side is a fucking classic. Two tracks from the much loved Ciúnas doing two great speedy shouty hardcorepunk tunes. One of the stand out recordings on the tape in my mind was Sín who come across like the Alternative Tentacles band Iowaska, atmospheric, doomy, desperate sounding stuff. Coitus don't fuck around with two roaring songs, 'Black Bart' particularly rocking form. Some live recordings in Dublin of Decadent Few, and a few numbers form the V.D Crew and Paranoid Visions which takes the second half of this tape in a very hip hop influenced direction! If you don't believe me download it. All tied up on the end with a classic version of 'Look At Me' by PV. Thanks to PA for passing this one on. Also sorry that its a two link download (its over free mediafire limit), so unless someone wants to buy me a mediafire account, it'll have to do!
download The Dirt Behind Side A via mediafire
&
download The Dirt Behind Side B via mediafire
Posted by Ed 'On 45' at 16:31 1 comments 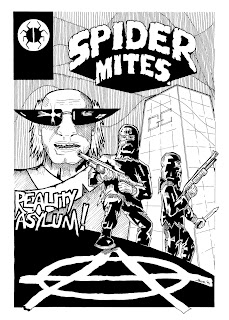 Excellent to have more non mp3 items up on the blog, and this excellent pdf of Spidermites from 91' well deserves its place here. A Futuristic Saga with the obvious punk influence, plus a new foreward by Boz.
download Spidermites Pdf via mediafire
Posted by Ed 'On 45' at 16:25 0 comments 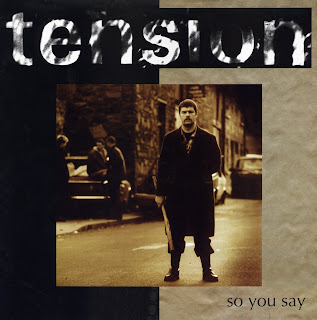 Alas its up, sorry for the slowness with the blog of late, was just busy getting the zine finished, now that its done heres some new (old) stuff! When I mentioned Tension on a few internet forums I realised quickly they seem to be a fondly remembered band. Featuring an amazing rhythm section these guys fucking rock. Apparently two members of Wheel and 1 member of Not Our World featured in the lineup. Thanks for the person who sent on this Rip, its loud as fuck.
download Tension - So You Say via mediafire
Posted by Ed 'On 45' at 16:17 6 comments