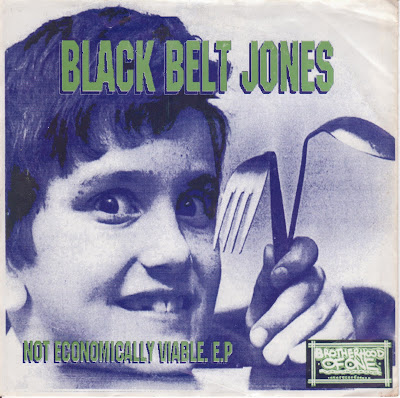 I think this is the only 7" Brotherhood Of One released, for anyone who doesn't remember Brotherhood Of One it was a zine in the late nineties run by Tony Feeney. This 7" features two tracks by Tony Feeney and two by Black Belt Jones who never failed to hit the spot with their own brand of up tempo pop punk. Worth downloading for the BBJ songs alone.