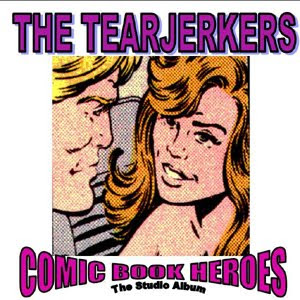 My final Tearjerkers related upload, thanks to Paul Mc yet again for this selection of various radio and studio sessions, from the Grinning Soul Blog "In 1979 the Tearjerkers where enjoying good success with the single Murder Mystery doing well on both the radio and in the charts both in the UK and in Europe, thoughts turned towards recording follow up singles and an album. The TJ's booked time in Parkgate Studio in Sussex, England and recorded 3 new songs 'Comic Book Heroes', 'Fingers' and 'Can't You See' these track where not released at the time for various reason but did see a release in America on the Mercury label. Other recording sessions in London's Radio Luxembourg Studio's with Laurence Juber and in Belfast's Downtown Studio's yielded this collection of songs which where being considered for release in 1980 but plans were shelved due to the band splitting for the first time. The Tearjerkers Sessions contains studio versions the Tearjerkers 1979 set with the exception of some of the early stage favourites which can be heard on the Good Vibes Years album. This album is also available with a slightly different track listing and album art on itunes."

download The Tearjerkers - Sessions Bootleg via mediafire
Posted by Ed 'On 45' at 15:25